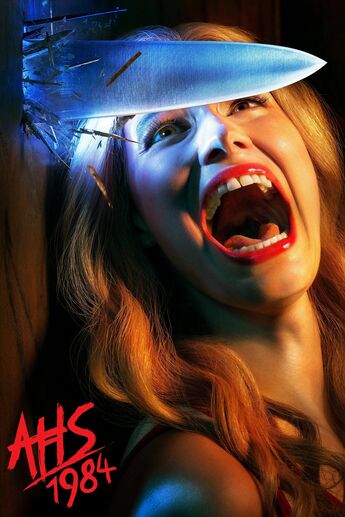 American Horror Story is an horror television anthology series. Each season is conceived as a self-contained miniseries, following a disparate set of characters and settings, and a storyline with its own beginning, middle, and end. While some actors appear for more than one year, they play completely different roles in each season.Season 6: RoanokeThe story takes place in 2016 in North Carolina. Shelby Miller (Lily Rabe), her husband Matt (André Holland) and Matt's sister Lee (Adina Porter) appear on a documentary named My Roanoke Nightmare in order to recount a series of supernatural events that happen to them after Shelby and Matt relocate from Los Angeles to North Carolina following a miscarriage. During their stay at the house, the family find videotapes made by the previous owner of the house that detail the terrifying events that happened there. (Sarah Paulson) portrays Shelby during the reenactment sections of My Roanoke Nightmare, while (Cuba Gooding Jr.) and (Angela Bassett) portray Matt and Lee respectively. The previous owner of the house, Dr. Elias Cunningham, is portrayed through reenactments by (Denis O'Hare), the founder of the house, Edward Philippe Mott, by (Evan Peters), the woman who threatens the Millers Tomasyn White by (Kathy Bates) and her son, Ambrose, by (Wes Bentley). (Cheyenne Jackson) plays the interviewer of the documentary.-The fifth season, subtitled Hotel, premiered on October 7, 2015, and it focused on the Hotel Cortez in Los Angeles, California.-The fourth season, subtitled Freak Show, takes place in Jupiter, Florida during 1952 and centers around one of the few remaining American freak shows.-The third season, subtitled Coven, takes place in New Orleans, Louisiana, during 2013 and follows a coven of witches who face off against those who wish to destroy them.-The second season was subtitled "Asylum," and takes place in Massachusetts in 1964, largely in an institution for the criminally insane.-The first season was retroactively subtitled "Murder House," and focuses on a haunted house in Los Angeles in 2011.