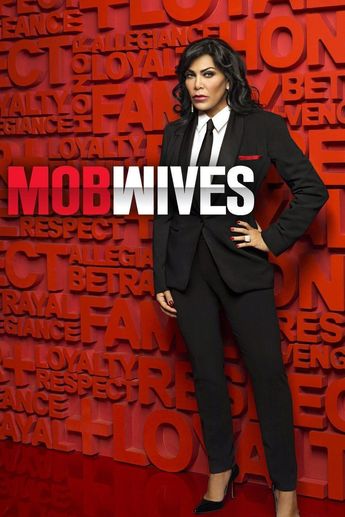 Mob Wives is a docu-soap series which follows the lives of a group of ("according to the federal government") associated women at a crossroads, struggling to establish their own identities and carry on while their loved ones do time for Mob-related activities. Along the way they battle their friends, families, and each other as they try to do what's best for themselves, their children, and their future.When lines are crossed and when true colors come out - Who will unite and who will fight? Over the course of five seasons, Mob Wives viewers have witnessed moments of genuine struggle, friendship, and betrayal among a tight-knit group of Staten Island women united by a connection never before seen on television. But one thing remained clear throughout - it's family connections that count the most. Now those bonds are put to the ultimate test in the sixth and final season of Mob Wives coined Mob Wives: The Last Stand.For the final, emotionally-charged cycle, Mob Wives: The Last Stand returns the focus exclusively to where it all began – New York City. The Philly girls have left the building, and the "OG" cast is back together on Staten Island, where they always keep it "one-hundred" with each other. But amongst this sisterhood could there be enemies within?Since the series premiere in 2011, the women have created new lives for themselves as their loved ones do time for alleged mob-related activities. For each of these women, the struggle is real, and sometimes betrayal is a way of life. Season 6 covers a particularly full range of stories: writing a personal tell-all, battling cancer and shutting a beloved business, dealing with a rebellious teenage daughter, coping with a father's imprisonment, calling out supposed friends for being fake, or being the new girl and having to prove that you're authentic. Despite the high-octane drama these ladies are known for, they are more than just their "reputed" mob connections. They are mothers and wives, businesswomen and entrepreneurs, and for the last time, they're putting it all on the line to survive. Complicating the situation even more, two local newcomers are about to make their presence known in no uncertain terms.