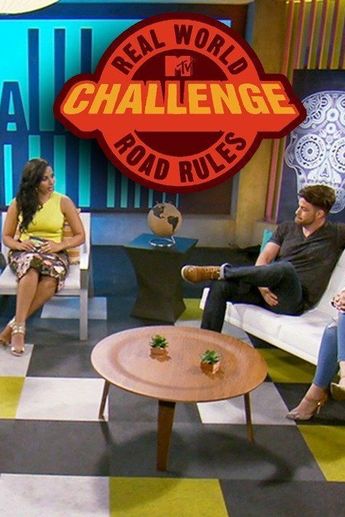 The Challenge takes twenty six of the most infamous former flames, recent splits, and fresh faces from other MTV reality series, to Panama for one of the most explosive Challenge formats yet. Once paired up with their exes, these competitors must overcome their past in order to face the present, if they want a shot at claiming their share of the $350,000 grand prize. Will romances be rekindled or will unresolved issues ruin these pairs? Between the bitter rivalries, jealous lovers, and demanding challenges, it'll take the ultimate couple to withstand the pressures of the game. And with a brand new, mid-season twist that will shock the cast like never before, the stakes have never been higher for these exes to work as teams.The 25th season, Free Agents, forces players to compete on their own in a battle of perseverance and luck. The players will have no idea if they'll be competing in teams, pairs or as individuals until moments before each challenge begins. Winners are not only safe from elimination, but also have the power to choose one guy and one girl to send in. The losers from that day's challenge must take part in the game's biggest elimination twist yet, "The Draw", where one guy and one girl are selected by pure chance to face the two nominated players in the elimination round. With competitors' fates being determined by a flip of a card, no amount of strategy can protect them.A grand total of $350,000 is up for grabs, and with so much money on the line, these already blood-thirsty competitors turn vicious. Heated rivalries will take shape, bitter enemies will clash, and heart-tugging relationships will form. Only the lucky few will face the epic final challenge that starts in dangerous rapids and ends at the top of an active volcano. In the end, this season will find the most worthy challenger yet, the ultimate FREE AGENT.The 27th season of this series that begins on 2 December 2015 has been named "Battle of the Bloodlines".