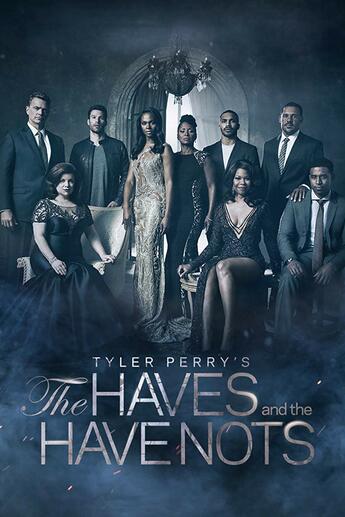 Watch on
HULU
Ad
Not all titles featured are available through all the streaming providers.

Watch The Haves and the Have Nots

Tyler Perry's The Haves and the Have Nots is a new television drama from the prolific writer, director and producer Tyler Perry. The show follows the complicated dynamic between the rich and powerful Cryer family and the hired help who work in their opulent Savannah, Georgia, mansion. From the outside, the Cryers are the enviable face of success and wealth, but behind the veil, the family's dysfunction threatens to destroy their world of privilege. Cryer family patriarch Jim Cryer (John Schneider) is a powerful judge whose double life, including tawdry affairs with high-priced escorts, puts his family and political ambitions at risk. His wife, Katheryn Cryer (Renée Lawless), is the ultimate matriarch, portraying a loving and dutiful wife, but she is willing to do anything to protect her family's status. Their son, Wyatt (Aaron O'Connell), is a troubled, angry jock who cares little for his own image and finds himself in and out of rehab. His sister, Amanda (Jacyln Betham), a struggling law student, tries harder to live up to her parents' expectations but unknowingly has befriended a scurrilous young woman, Candace Young, with the power to ruin the entire family. Hanna Young (Crystal Fox) is the Cryers' maid and the matriarch of her family. Despite having no money, she has found other types of wealth through religion and virtue. She prides herself on her dutiful son, Benny (Tyler Lepley), the glue who helps keep the family together. Hanna does have one dark secret, however—her estranged daughter, Candace (Tika Sumpter), a manipulative opportunist who will stop at nothing to get what she wants. In a bizarre coincidence, Candace is shocked to find out that her newfound friend Amanda's father is Jim Cryer, the very man who has been paying her for sex and who also employs Candace's mother as his family's maid. Armed with this knowledge, the stage is set for what will be, in Candace's eyes, the opportunity of a lifetime. Other characters in the series include the Cryers' chef Celine (Eva Tamargo), their wealthy friends Veronica (Angela Robinson) and David Harrington (Peter Parros), and Wyatt Cryer's rehabilitation counselor, Jeffery Harrington (Gavin Houston). Tyler Perry's The Haves and the Have Nots is produced for OWN by Tyler Perry Studios. It is created, written, directed and executive produced by Tyler Perry.